The full-length fantastic comedy System X is being prepared for release in 2021. The film turned out to be interesting, light, funny, entertaining and reasonably reasonable. There are no “below the belt” jokes and bloody scenes in the film, so System X will be interesting to watch with the whole family.

TAGLINE: You never know who is next to you.

A Russian engineer nicknamed Blase develops the latest weapon and disguises it as a vacuum cleaner. The CIA chief is afraid that Blase will suck America, and sends the best agents to Blase. And he also sends his son on this mission to make an easy career in the CIA with the help of super agents. The young spy does not expect the terrible Blase to be his own father and that they are being followed by an FSB lieutenant colonel.

LOGLINE: Engineer Blase is developing a superfridge that has made Russia unbearably hot and America frozen.  The CIA chief personally goes to Russia to rescue his son from the clutches of the terrible Blase and turn off the superfridge. This big spy war and the latest technology lead to the death of humanity. Yesterday’s opponents together save the world from destruction.

Test screenings in focus groups of a rough cut of the film showed that the comedy System X lifts the mood of the audience and this comedy is very well remembered, as it is very different from other content.  When viewers watch System X, they get rest and pleasure. The audience laughs in those parts of the comedy film where the filmmakers did not expect laughter. And also the viewers are adopting the phrases of the heroes of the film.

System X is looking for comedy buyers and investors.

Screenwriter and director of the comedy System X 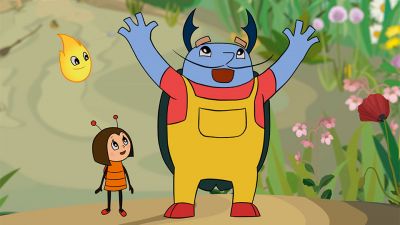