Genre: comedy and adventure with learning elements, kids and family, 0+.

TAGLINE: Kids save the world.

LOGLINE: Kids Sunbeam and Ladybug want to fly in the sky, but Ladybug still can’t fly. They are looking for friends who can teach Ladybug to fly, but friends find out that their meadow can be destroyed. Kids are saving their little country.

The animated series Sunbeam & Ladybug has a continuous development of the storyline. Each episode has its own private plot. In the first season of the animated series, anthropomorphic and positive characters Sunbeam and Ladybug save their little world from destruction.

We showed the first episode of the animated series Sunbeam & Ladybug at the international film markets Key Bayers Event 2020 and Marché du Film, as well as in private screenings for family focus groups. It turned out that both children and adults like this cartoon very much. Viewers of any age watch this cartoon with great pleasure several times in a row.

Scriptwriter and director of the animated series Sunbeam & Ladybug 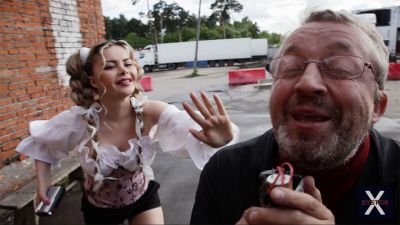